“The game of chess is played between two opponents who move their pieces on a square board called a ‘chessboard’.”

From the FIDE Laws of Chess

The following glossary contains English chess terms and terms from the world of computer chess. Some of them go beyond the vocabulary of infrequent or casual chess players.

See FIDE Laws of Chess or the Wikipedia glossary of chess for more information.

Names of the Chess Pieces

“The chessboard is composed of an 8 x 8 grid of 64 equal squares alternately light (the ‘white’ squares) and dark (the ‘black’ squares).”

From the FIDE Laws of Chess 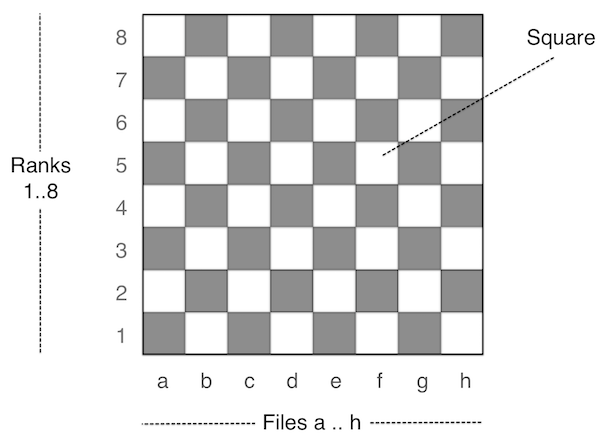