The XBoard protocol is text-based. If you have mastered the main commands (see Figure …) starting DokChess in a command line (Unix shell, Windows command prompt, …) enables you to interact with the engine. The table below shows a sample dialog, all commands are terminated with a new line). By default the engine plays black. You can change this with the “white” command of XBoard.

Mann+2009 describes the protocol itself in detail. In DokChess the Text UI subsystem is responsible for the protocol implementation (→ Building Block View 5.2).

A more typical use of DokChess is a graphical chess frontend like Arena (see image below). It accepts the moves of the opponent in a comfortable interface, passes them to DokChess in the form of XBoard commands like in the table above (column “Client → DokChess”) and translates the answers (column “DokChess → Client”) graphically. 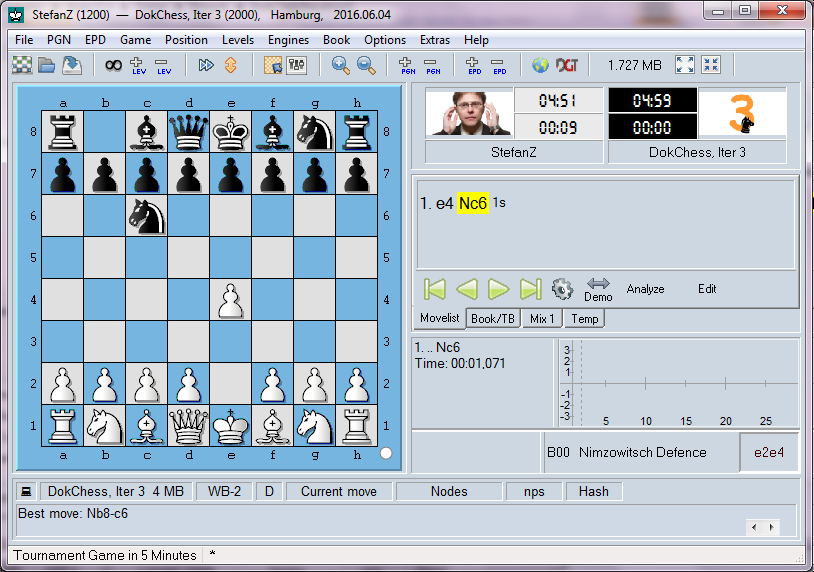 Fig.: DokChess combined with the Arena chess frontend under Windows